Windows to Go is a  feature allowing you to boot Windows directly from USB media without having to install it on to your internal hard disk. This feature also allows you to carry your installation of Windows on your USB media and use it on any computer.

Unfortunately Microsoft has enabled this feature only for Windows 8 Enterprise Edition.

However there is a way to install all versions on Windows XP and Windows 7 to a USB Flash Drive or an external USB Hard Drive and boot Windows directly from it. This method uses a tool called WinNTSetup created by JFX @ MSFN

How can you make a bootable USB drive?

Hardly any commercial USB drives are suitable from the outset for these diverse tasks. This is because most models are only loaded with a single file system when you first get them, for example, an FAT32 or exFAT file system. They’re missing the “master boot record” (MBR) that’s absolutely necessary for booting most PCs (specifically those with a “basic input/output system” (BIOS)). You have to make a new USB stick bootable on your own.

BIOS (basic input/output system) is a program that is preinstalled on the mainboard of most computers and activates the hardware when the system boots so that the operating system can communicate and interact with it.

A bootable USB drive can of course be created on a different computer than the one you want to use it on later. There are basically two possible methods: either manually or using automated tools. The first option seems a bit complicated at first glance, and because of the various manual steps is slightly more error-prone, but it’s still doable even if you’re not an expert.

Regardless of which option you choose, you always need the following things:

You can simply use the cmd.exe application, better known as “Command Prompt”, to create a bootable USB drive on all operating systems from Windows Vista (including Windows 10). This goes as follows: 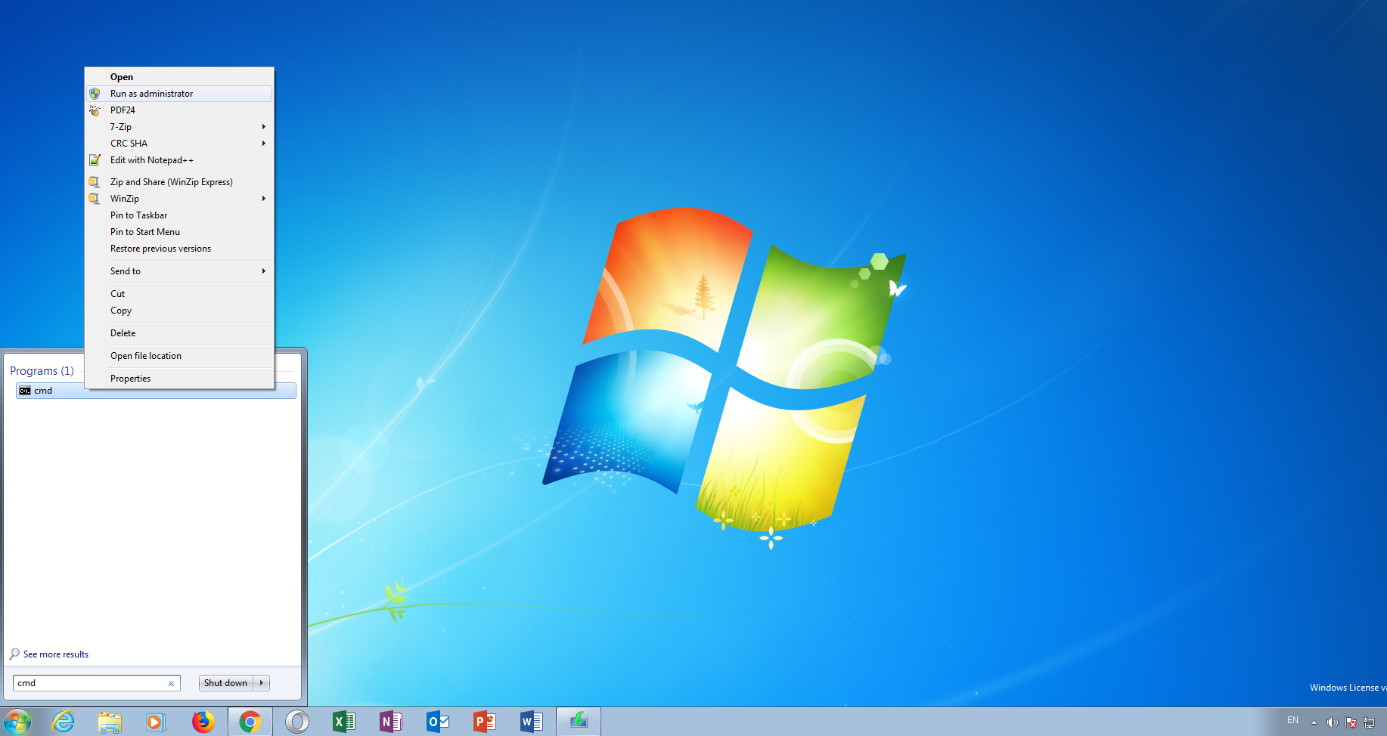 Note: When you start your PC for the first time, the portable Windows will need a bit more time to boot, since the hardware first has to be detected. While it’s being detected, Windows may also restart several times.

After a successful process, you still have to set up your operating system on the USB drive. You can install directly to the drive via the standard setup for embedded versions like XP's "POSREADY2009" & 7's "Thin PC", other versions may require the use of tools such as WinNT Setup, WinToUSB, Etc.

How to Install Windows XP/7 to a bootable USB drive

There are two ways of installing Windows XP/7 to USB Storage Media.

This tutorial describes both ways of installing Windows.

The "POSReady2009" (XP) & "Thin PC" (7) version even more so portable, but both are 32Bit only. Both also tend to boot more reliably across systems then their standard counterparts.

Enable Windows To Go in Windows 7

With Windows 7 SP1, there is an easier way to install Windows 7 to a USB Hard Disk or USB Flash Drive.

So inorder to use these new registry settings and install Windows 7 to a USB Hard Disk or Flash Drive, you can use a Tool called WinNTSetup

Install and Boot Windows XP/7 from VHD on USB Drive

In Step 3 in the above instructions you can choose to create a Virtual Hard Disk (VHD) on your USB Drive and install Windows to the VHD.

You can make Windows 7 more portable by using the bootable USB Driver stack from Windows Embedded Standard 7 with SP1.

XP's "POSReady2009" & 7's "Thin PC" versions tend to have better reliability booting via USB than their standard counterparts, as they have "embedded" use in mind.

How to start Windows with a bootable USB drive

After its successful creation, you can test your bootable USB drive by using it to start your computer. I suggest the FREE tool, set to 1024mb (max slider in current version 1.3):

Qemu Simple Boot
Remember to test in a USB 2.0 Port

Once you are satisfied with "virtual" testing the next necessary step is to configure target PC's BIOS or UEFI for a possible emergency situation.

To do this, you have to change the boot order in the boot menu:

* Note: Systems will have settings in various "tabs/areas", covering them all would be "near endless", here are generic instructions. Some personal research may be needed for target systems settings if you are unfamiliar with it. I suggest the motherboards user manual.

You should now be ready to test your first "live boot", directly from the USB drive, if this test is sucessful, THATS IT! Your drive is ready to use

Select which cookies to opt-in to via the checkboxes below; our website uses cookies to examine site traffic and user activity while on our site, for marketing, and to provide social media functionality. More details...